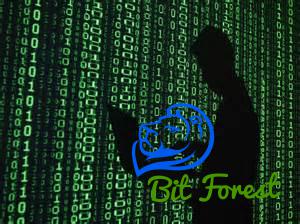 After a long periods, Now, I decided to write some  articles related to cracking or hacking. So, Today In this tutorial , I going to write about Cracking Process Most Important Part, how to create word lists.

So, Let's Start Our Article With Some Useful Query Q/A/

Q 1. What is a word list?.
Ans. Wordlist is a complete list of passwords written in a txt file. Wordlist is used for Brute force based attacks And many other types of attacks also.
To Generate A Wordlist,  There is a finest tool called crunch. In kali linux crunch is pre-installed because it has very high-speed of creating wordlist with best accuracy and also it can also used with other programs directly. 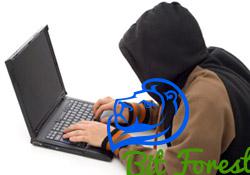 So, In this tutorial i am gonna to show you how use Crunch and Create a wordlist.
Usages:
crunch <min-len> <max-len> [<charset string>] [options]

Now, readers Here, I am going to Share with you Some Examples of Crunch. For this Examples I used Ubuntu 16.04 and crunch-3.6. 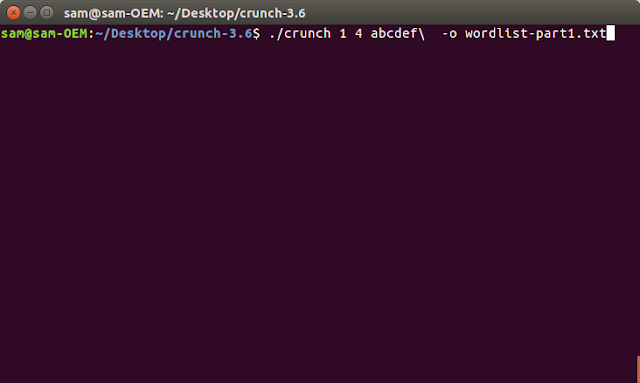 here 1 is minimum length and 4 is maximum length of passwords.
And abcdef\ are the characters set use for creating list and there is a space at the end of the character string. In order for crunch to use the space you will
need to escape it using the \ character. In this example you could also put quotes around the letters and not need the \, i.e. "abcdef ". Crunch will create a wordlist using the character set abcdef and space that starts at a and ends at (4 spaces)

here 1 is minimum length and 4 is maximum length of passwords.
crunch will use the mixalpha-numeric-all-space character set from charset.lst and will write the wordlist to a file named wordlist-part1.txt. The file will start with a and end with " "

In this Example, i only added -z bzip2 at the end of command. Using this args crunch will generate wordlist in bzip2 compressed files. This is very useful when the size of wordlist is very large.
For More Detailed Example, Check Man page of Crunch.
Here, I am pasting Some examples of crunch manual page for more deep example...
Example 1:
crunch 1 8
crunch will display a wordlist that starts at a and ends at zzzzzzzz
Example 2
crunch 1 6 abcdefg
crunch will display a wordlist using the character set abcdefg that starts at a and ends at gggggg

Example 3
crunch 1 6 abcdefg\
there is a space at the end of the character string. In order for crunch to use the space you will
need to escape it using the \ character. In this example you could also put quotes around the letters and not need the \, i.e. "abcdefg ". Crunch will display a wordlist using the character set abcdefg that starts at a and ends at (6 spaces)

Example 6
crunch 2 3 -f charset.lst ualpha -s BB
crunch with start generating a wordlist at BB and end with ZZZ. This is useful if you have to stop generating a wordlist in the middle. Just do a tail wordlist.txt and set the -s parameter to the next word in the sequence. Be sure to rename the original wordlist BEFORE you begin as crunch will overwrite the existing wordlist.

Example 14
crunch 5 5 -t ddd@@ -o j -p dog cat bird
any character other than one of the following: @,%^ is the placeholder for the words to permute. The @,%^ symbols have the same function as -t. If you want to use @,%^ in your output you can use the -l option to specify which character you want crunch to treat as a
literal.
So the results are
birdcatdogaa
birdcatdogab
birdcatdogac
<skipped>
dogcatbirdzy
dogcatbirdzz

Example 19
crunch 8 8 -d 2@
crunch will generate 8 characters that limit the same number of lower case characters to 2. Crunch will start at aabaabaa and end at zzyzzyzz.

Example 20
crunch 4 4 -f unicode_test.lst japanese -t @@%% -l @xdd
crunch will load some Japanese characters from the unicode_test character set file. The output will start at @日00 and end at @語99.
REDIRECTION
You can use crunch's output and pipe it into other programs. The two most popular programs to pipe crunch into are: air‐
crack-ng and airolib-ng. The syntax is as follows:
crunch 2 4 abcdefghijklmnopqrstuvwxyz | aircrack-ng /root/Mycapfile.cap -e MyESSID -w-
crunch 10 10 12345 --stdout | airolib-ng testdb -import passwd -
NOTES
1. Starting in version 2.6 crunch will display how much data is about to be generated. In 2.7 it will also display how many
lines will be generated. Crunch will now wait 3 seconds BEFORE it begins generating data to give you time to press Ctrl-C
to abort crunch if you find the values are too large for your application.
2. I have added hex-lower (0123456789abcdef) and hex-upper (0123456789ABCDEF) to charset.lst.
3. Several people have requested that I add support for the space character to crunch. crunch has always supported the
space character on the command line and in the charset.lst. To add a space on the command line you must escape it using the
/ character. See example 3 for the syntax. You may need to escape other characters like ! or # depending on your operating
system.
4. Starting in 2.7 if you are generating a file then every 10 seconds you will receive the % done.
5. Starting in 3.0 I had to change the -t * character to a , as the * is a reserved character. You could still use it if
you put a \ in front of the *. Yes it breaks crunch's syntax and I do my best to avoid doing that, but in this instance it
is easier to make the change for long term support.
6. Some output is missing. A file didn't get generated.
The mostly explanation is you ran out of disk space. If you have verified you have plenty of disk space then the problem is
most likely the filename begins with a period. In Linux filenames that begin with a period are hidden. To view them do a
ls -l .*
7. Crunch says The maximum and minimum length should be the same size as the pattern you specified, however the length is
set correctly.
This usually means your pattern contains a character that needs to be escaped. In bash you need to escape the followings: &,
*, space, \, (, ), |, ', ", ;, <, >.
The escape character in bash is a \. So a pattern that has a & and a * in it would look like this:
crunch 4 4 -t \&\*d@
An alternative to escaping characters is to wrap your string with quotes. For example:
crunch 4 4 -t "&*d@"
If you want to use the " in your pattern you will need to escape it like this: crunch 4 4 -t "&*\"@"
Please note that different terminals have different escape characters and probably have different characters that will need
escaping. Please check the manpage of your terminal for the escape characters and characters that need escaping.
8. When using the -z 7z option, 7z does not delete the original file. You will have to delete those files by hand.
Done!
← Previous Post Next Post →